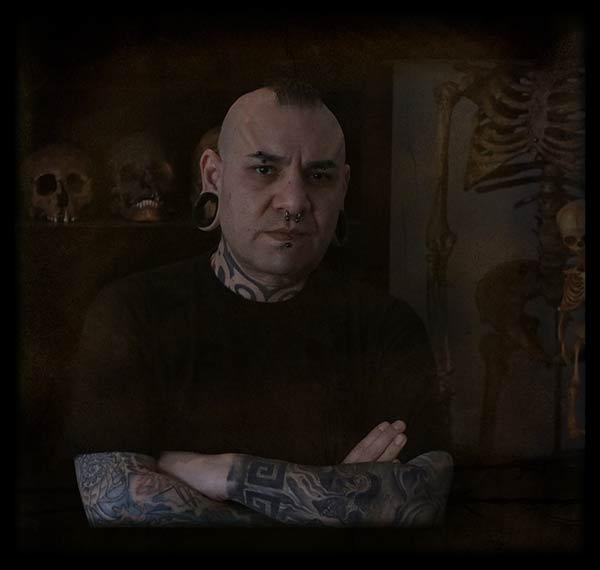 Goethe has been Tattooing for over 30 years,
his work it’s focused in the Dark side of the Mesoamerican cultures.
All related to the Underworld, Rituals, Sacrifices,
Gods, and the magical concept of Life and Death.
Aside from Tattooing Goethe does artwork in different mediums such as painting and sculpting.

Originally from Durango, Mexico, living in the USA for the last 20 years,
He has been participating in numerous tattoo conventions and been featured
in multiple tattoo magazines from around the world.
Also he has appeared in several tattoo documentaries for TV.

He’s based and currently working in “Collective Ink Gallery” in Los Angeles, CA

and periodically at his studio “Worldwide Tattooers” in Houston, TX 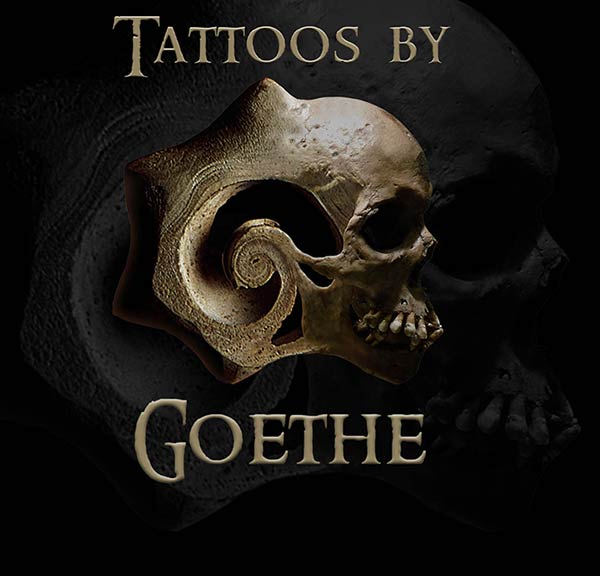 Based and currently working at “Collective Ink Gallery” in Los Angeles, CA

and periodically at my studio “Worldwide Tattooers” in (Houston, TX)